What happens if you redesign a schools entrance guided by the input of regular users?
How can design mediate and respond to the ideas of students and teachers?
With the help of 50 children we developed images and sensorial moods which became the base for a make over of a school entrance in Berlin-Neukölln.
The school, situated in a social melting point in midst of Neukölln, is suffering from a decreasing numbers of students. It was urgent to create a strong public communication in order to attract young parents and families.
The entrances, more likely to be described as dark backdoors and parking lots, did not represent nor communicate an open and friendly school. The goal was to create a strong and coherent school communication combined with a safe and inviting school environment. We developed an overall concept for two entrances, changing the space into a playful citation of the urban environment. Creating an harmonic color range for all inner and outer walls of the school, combined with illustrative elements based on the students images.
The modular concept allows a consecutive realisation. 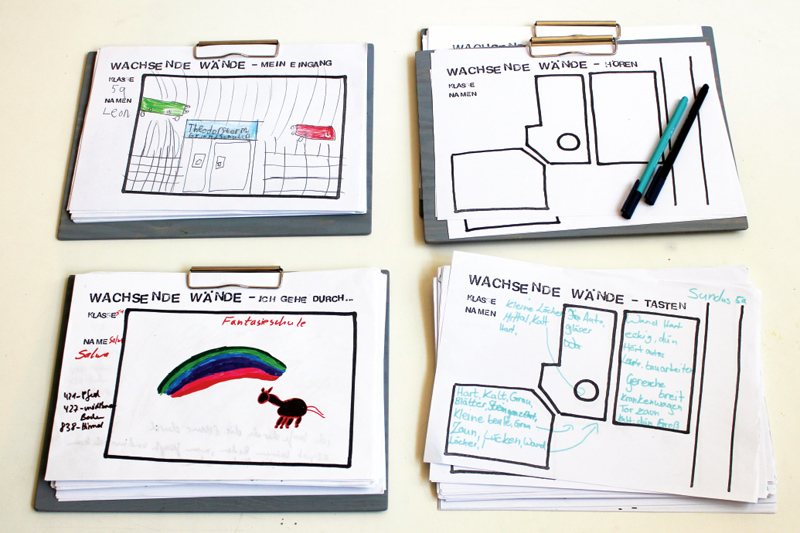 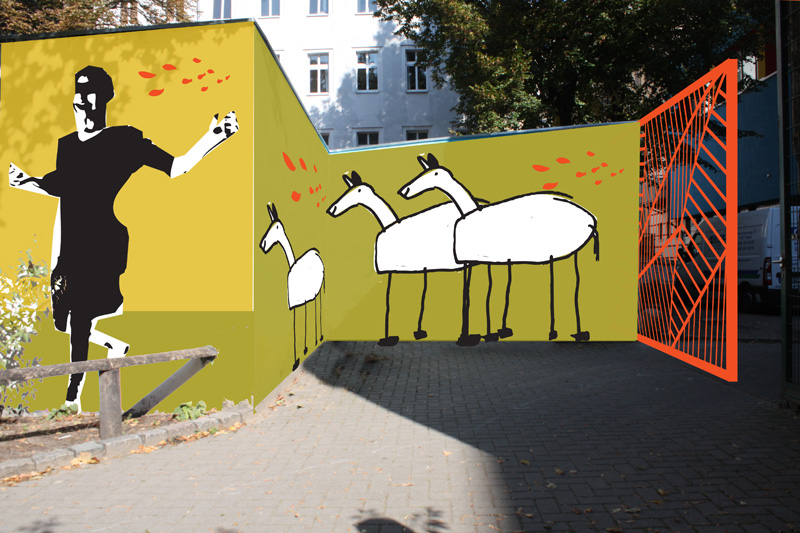 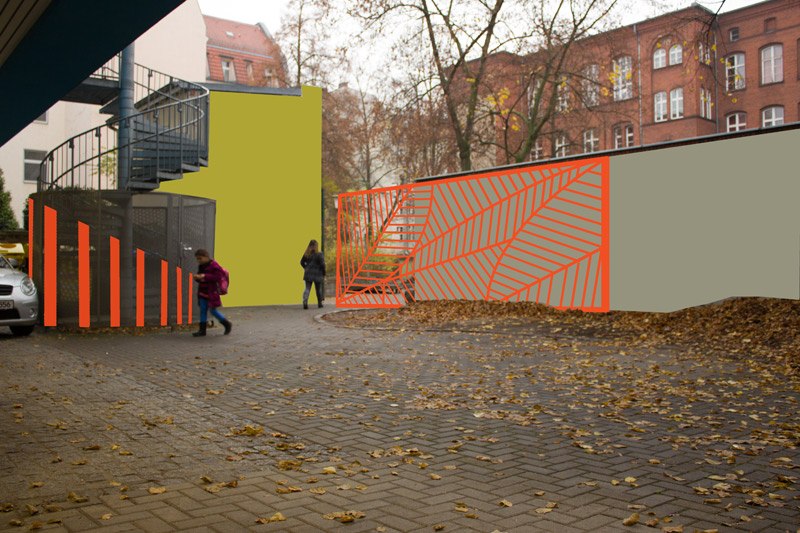 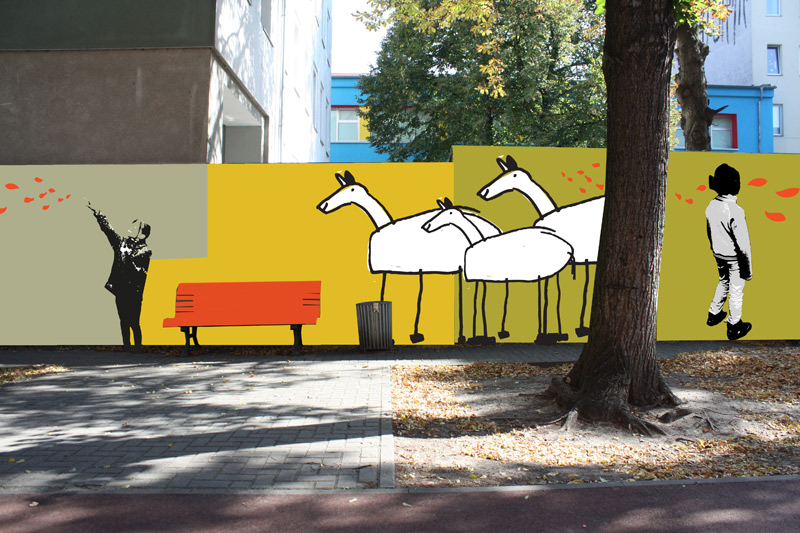 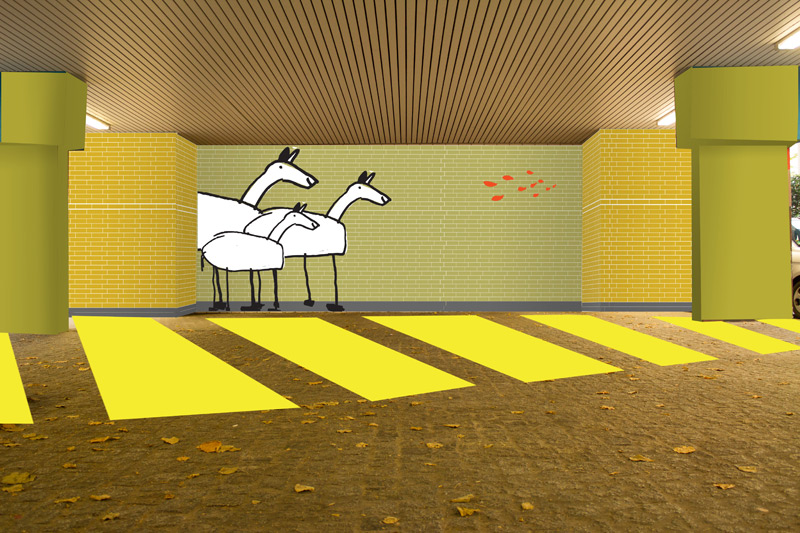 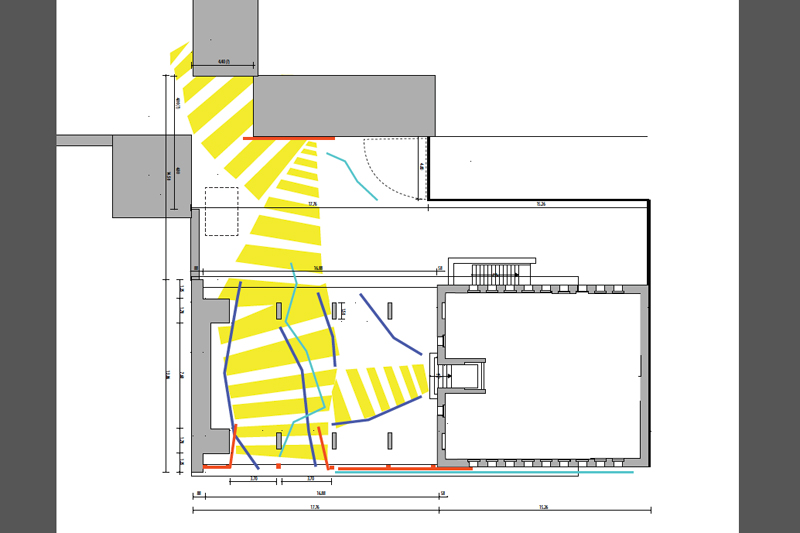 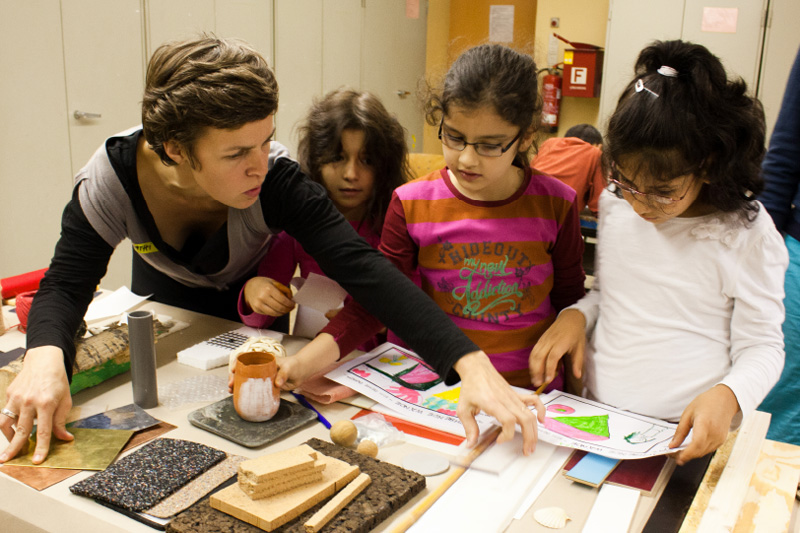 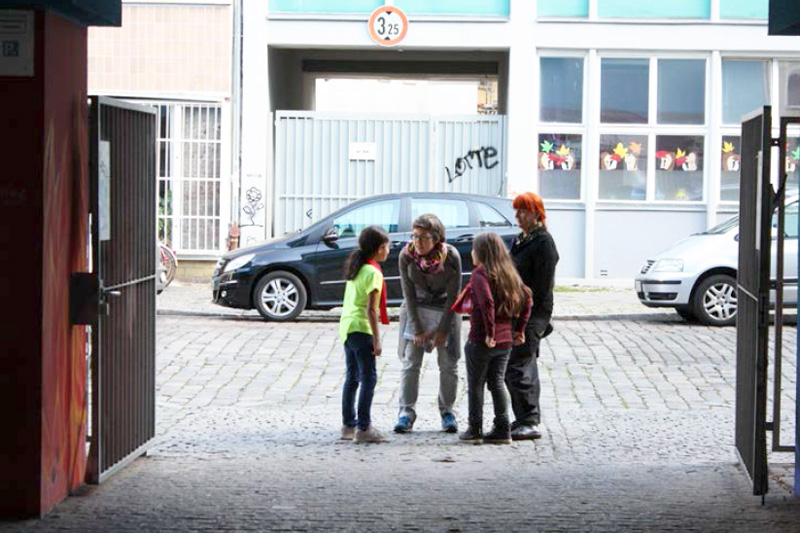 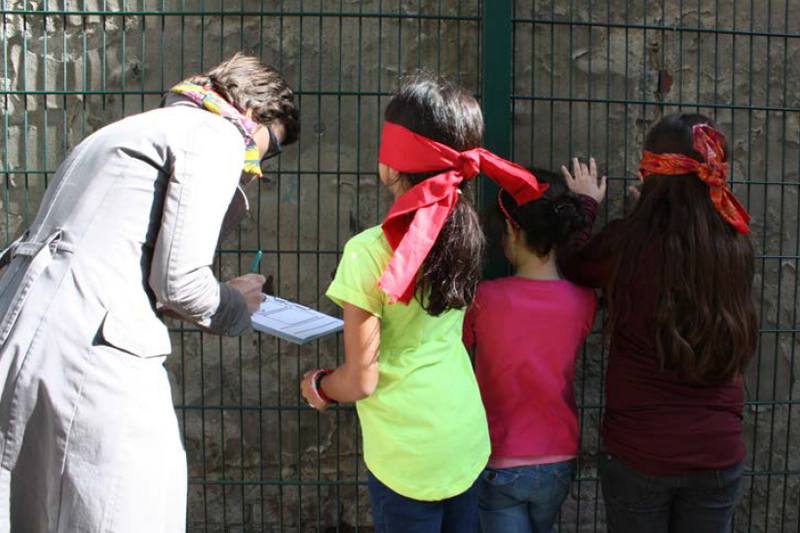 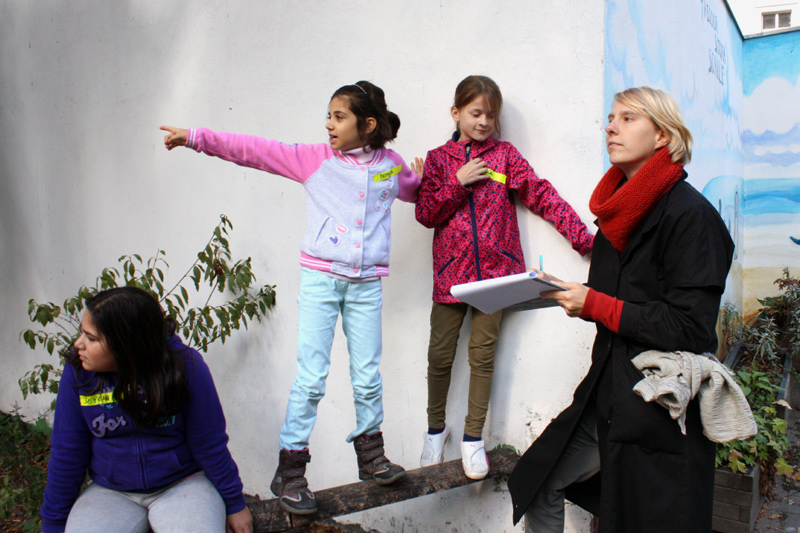 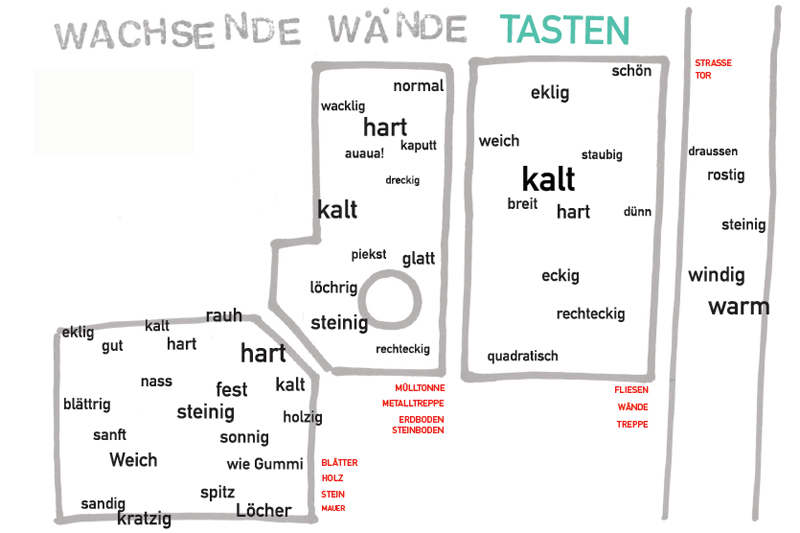 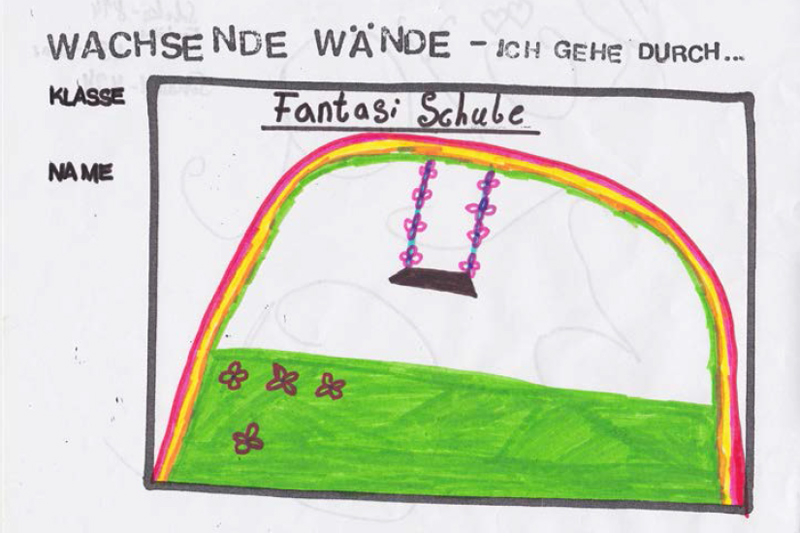 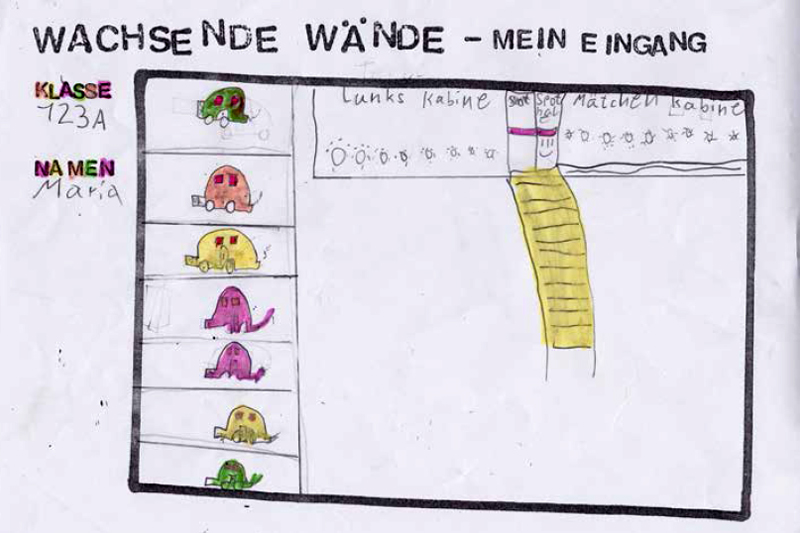 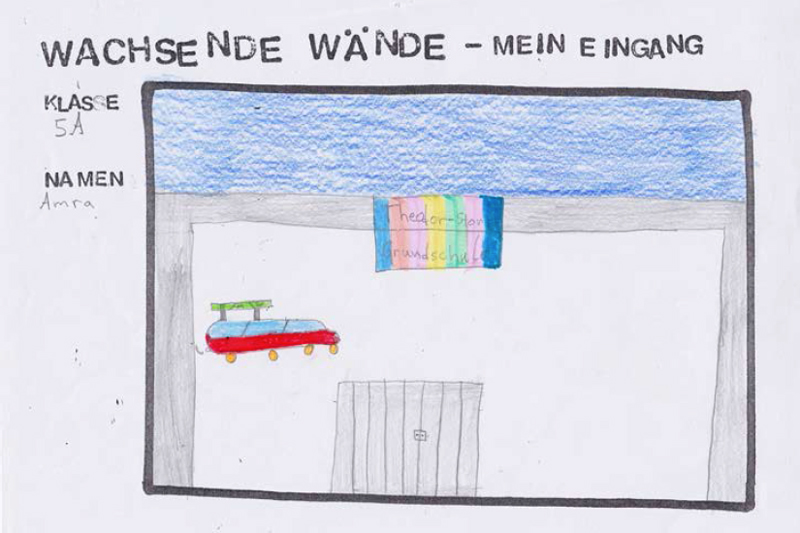